It wasn’t the first time Amy appeared on the national stage. In May 2021, Amy made history and became the first person with Down syndrome to compete in a national collegiate championship. But she is best known for getting up and down from a green side bunker to make par on the famed 16th hole during a practice round at the Waste Management Phoenix Open in 2019. Amy wowed the crowd and became a viral session in the process.

Over the last couple of years Amy has been playing on the Paradise Valley Community College golf team, and she also help to create the “I Got This” foundation.

This is just one of many inspiring stories from SOAZ athletes, and Special Olympics athletes from all over the world.  Thank you ESPN for shining a light on Amy! 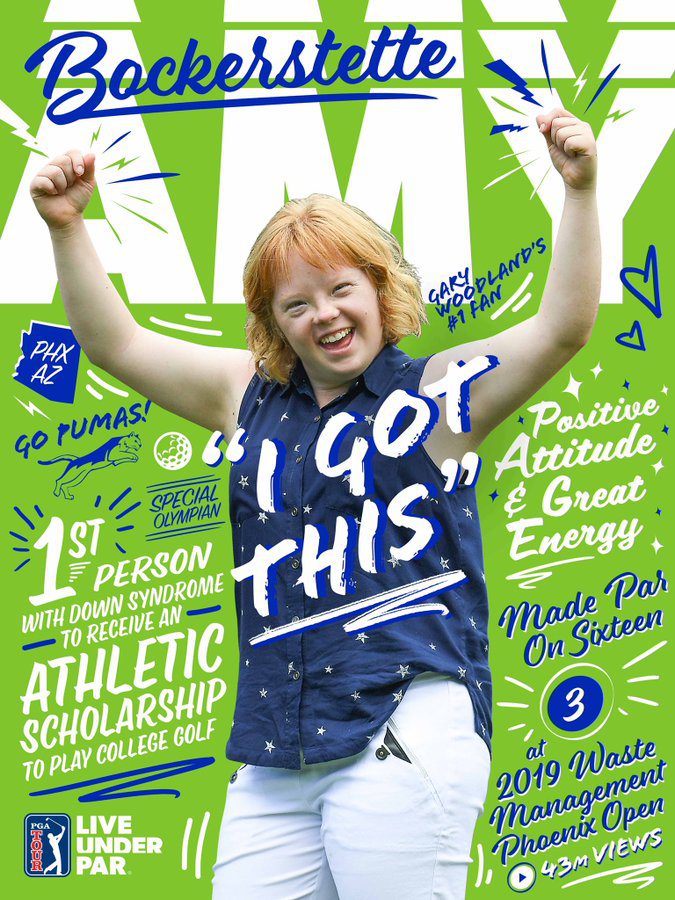